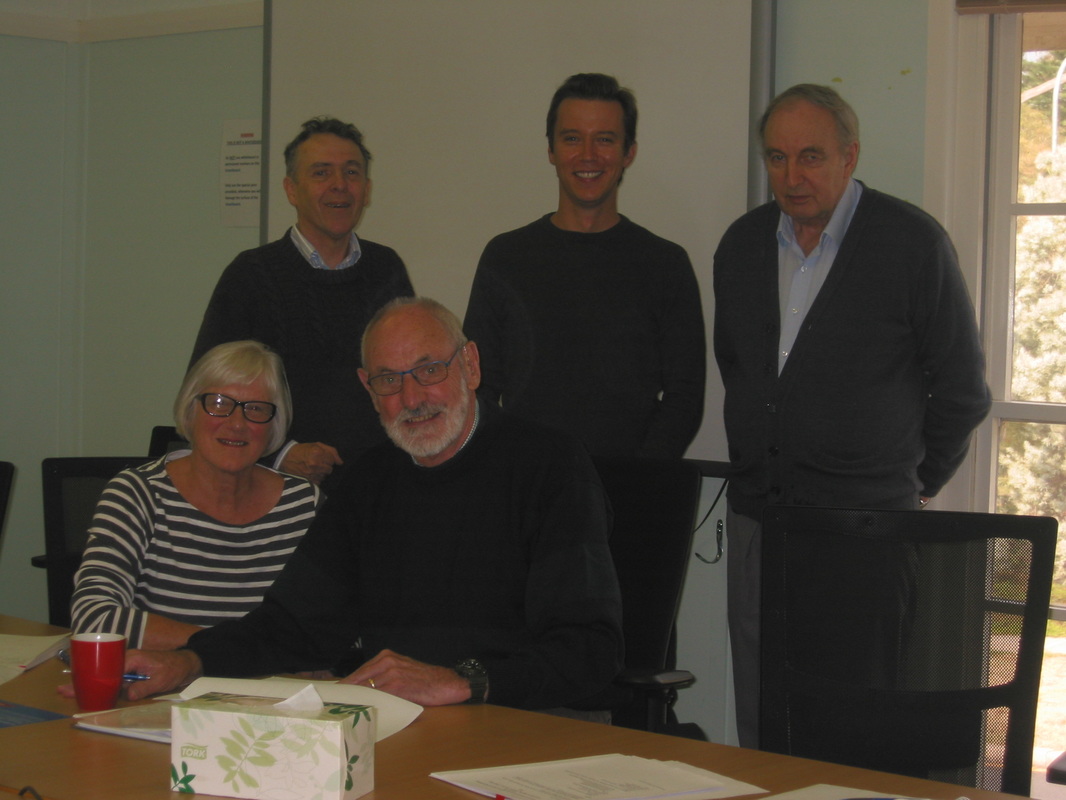 The last year has seen the results of a number of reforms initiated or discussed at the last AGM. Administration has become more streamlined, and the work associated with running the organisation is now distributed much more widely than two years ago. Some of the essential activities that have been undertaken by the membership include evaluating the programs we fund, work to reform the constitution, keeping in contact with donors, sending receipts and updating the website. These and other tasks undertaken by the members are what keep BODHI moving forward. I want to begin this report by acknowledging this vital work and thanking members for their tremendous efforts. Following Susan’s death, BODHI needed to transition to a different model of organisation. This occurred effectively, but only because a large number of members stepped up to the challenge and offered their varied skills. Because of this selflessness, BODHI continues to make a real difference in people’s lives.

While we have had successes, the last year has also been marked by some lessons from which we are still learning. We lost a substantial sum of money that we intended for one of our projects due to error(s) in the bank transfer process, all of which were outside of BODHI’s sphere of control. While many previous donors continue to give generously, BODHI has received much less money from new donors. This is despite the fact that statistics about the BODHI web page indicate that the site attracts a large number of viewers. This pattern does not pose an immediate existential risk to BODHI, but to flourish in the future, BODHI will need to find ways to convince new donors to trust us with their money.

The idea of distributing responsibility among members was extended to the programs we fund. In the last year BODHI has asked the major recipient programs to provide us with formal reports to evaluate their requests for funds. This also allows us to better understand how BODHI’s funds have been spent. This refinement has been essential given the other changes for BODHI’s management. It has also been an important step forward in increasing governance and transparency and has improved how well we can make decisions. At its best, this practice can also better equip the managers of recipient programs to apply for other funding sources with similarly formal requirements for requests for donations. On the other hand, it also led to substantial delays with the SNEHA program. As noted in the last President’s report, BODHI was especially keen to better understand how our donations were being used at SNEHA. For a number of reasons, SNEHA was delayed in providing BODHI with the formal reports and other information we requested. This delayed our evaluation of the request for funding that was discussed at the last AGM. SNEHA has only recently provided us with all of the information we requested, and BODHI has therefore not funded SNEHA as anticipated in the past year. SNEHA seems to have continued functioning despite the delay, but it is important that we note all of the effects of our new policy.

In summary, the last year has been one of consolidating and implementing the modifications we discussed at the last AGM. Thanks to the generosity of members with their skills and time, these changes have largely gone well. BODHI will need to continue to adjust and enhance its practice to maximise its role in alleviating suffering.

Website (summary)
The new website is much easier to maintain, and is getting some traffic (on average >100 unique visitors a week). The old website still exists, even though no fees have been paid, thanks to the generosity of Charles Mason. Last year we discussed linking the old website as an archive site, which sounds good but I don’t know how to do it.

Facebook: it may be possible to install a “donate” button but FB have not answered my enquiries (I have seen it elsewhere on other charities).. We still have >1200 "friends" but very few communicate with us .. still some "like" our activity and a few probably notice things.

Postage of snail mail was done in 2015 by Brian and Gerry; thanks again. Also to Aryadharma Mattheson and Victoria Scott, in particular, for help with the newsletters (47 and 48).

A former donor phoned me last week wondering if the website was fake. I don’t think this is a reasonable perception, given the activity on it and the link to the ACNC site, etc.

In 2016 we started to produce a separate newsletter for BODHI Aust, BODHI US and the rest of the world..
MEDICAL DIRECTORS AND PROJECT REPORTS  Colin Butler

In 2015 travelling with Aryadharma, I again met the Dalai Lama, in India. It would be good to meet his representative in Canberra, Australia, but this hasn’t yet happened.

With Aryadharma I spent several days in Pune, with Karunadeepa, visiting various aspects of the work of her and her team (February 2015). We were impressed. We also spent a day with Susanta Chakma in Delhi and two days with Suresh Bauddha in Mainpuri and Sankissa. Colin also visited India in April 2015, and met again with Suresh Bauddha.

In late 2015 and early 2016 Colin led a very ambitious Wellcome Trust grant application (£10M) which proved unsuccessful, but may lead to another attempt in 2017. Such a grant would be excellent for BODHI, as it would take me often to India and deepen my relationship with several NGOs.

We have been unable to re-establish the project with Underprivileged Children’s Education Project (UCEP) in Dhaka, due to difficulty finding an Australian volunteer in 2015, and in 2016 (after Kabita Chakma volunteered to do so) we have so far had no success communicating with Tahsinah Ahmed, even though we could, in 2015.

The Moanoghar project looks good and Indira and Gill recommended we continue it, but the money transfer process proved very difficult and stressful for the treasurer! (see separate report for discussion).

Devin has concluded his analysis of Sneha’s report and accounts and is satisfied. Sneha has secured additional funding from South Korea at present.

A possible additional project is Banchbo, in Kolkata, India. I met the chief organiser (Dr Dhires Kumar Chowdhury) in 2013 and liked he and his colleagues (after corresponding for some years). The problem (at least for a trial) is not funds, it is the time needed for oversight and troubleshooting.

Another possible project is with other followers of Dr Ambedkar in India; eg via Dr Ajay Niranjane (an apology for this meeting).

A/Prof Mark Nolan, from the College of Law at the Australian National University, expressed interest in BODHI, possibly with some of their students getting course credit for helping us. That would be wonderful, provided we have the supervisory capacity.
TREASURER'S REPORT  Colin Butler

Notes: there is an error in the travel - Colin is to repay $2000 in 2016.
The bank transfer loss is most unfortunate, due to a recipient's bank number being altered, with insufficient communication, apparently between the recipient's bank and the recipient. Funds were returned, but the loss occurred due to the spread in exchange rates,from which banks derive so much profit.