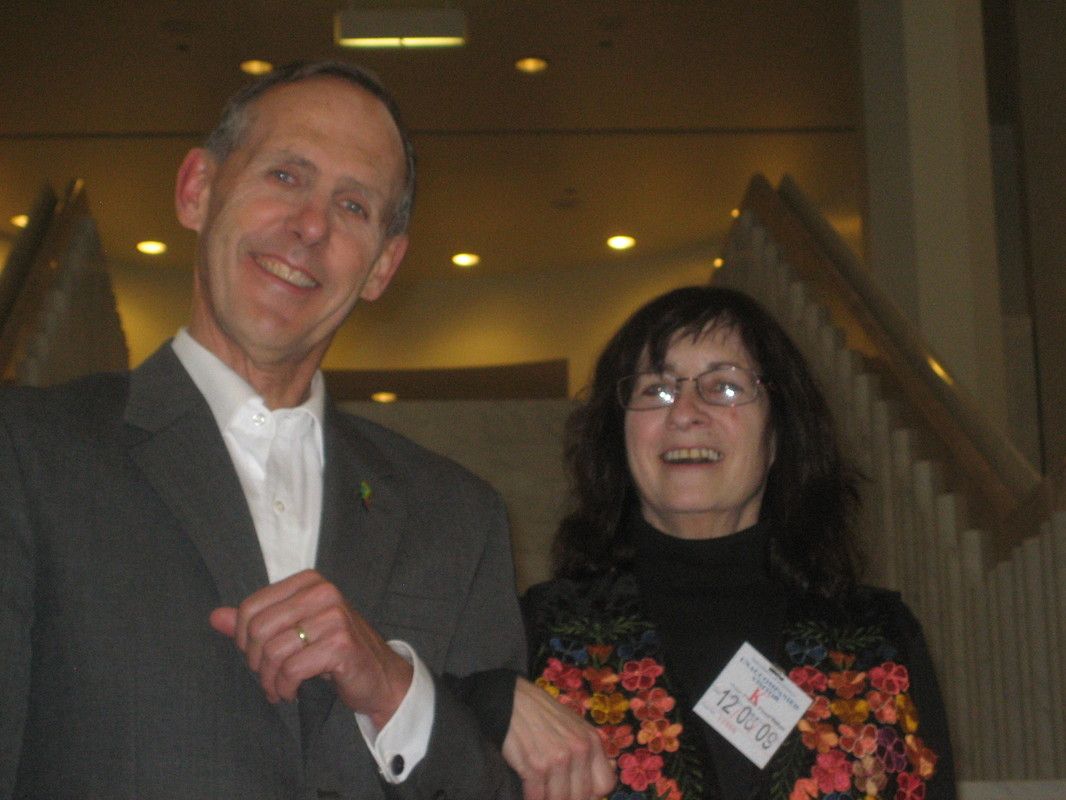 (Then) Senator Bob Brown, then leader of the Australian Green Party, with BODHI co-founder Susan Woldenberg, Parliament House, Canberra, Australia, 2009
Period of being an adviser to BODHI: 1992 (during the Earth Summit) - present

History: Colin first encountered Bob in January 1983, during the successful campaign to save the Franklin River, Tasmania. He next met him in 1988, during the crisis at the Mersey General Hospital, when he sought his advice. By then Bob had served in the Tasmanian state parliament for 5 years. In 1989, Colin was, for a couple of months, a support candidate for the Tasmanian Green Independents, during which he and Bob had many meetings, mostly in small groups. One comment of Bob was especially memorable, but chilling: "if we lived in (name your country - Turkey? China? Russia? North Korea? Saudi Arabia? etc etc etc) the police could come and take us all away". Bob became an advisor for BODHI in the same week as the first Earth Summit, held in Rio de Janiero in 1992.

Contribution to BODHI: environmental inspiration and a sense of hope, even optimism; social justice

Links:
introduction to his autobiography "Optimism"
A holder of the Goldman Environmental Prize (1990)
Leader of the Australian Green Party (1996-2012)
Bob and Tibet (just a fragment of the story)
Biography at the Bob Brown Foundation.