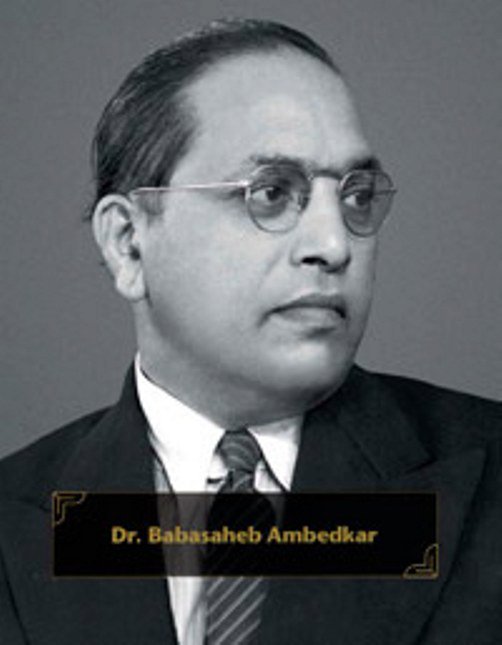 Dr Ambedkar: breaking chains of caste
There are more statues in India today of Dr. B.R. Ambedkar, (born 1891) the great Dalit (preferred to the offensive untouchable) leader who died in 1956, than of any other person born in the last millennium, including Mahatma Gandhi, who is so much better known in the West. Ambedkar and Gandhi — contemporaries whose careers often overlapped — were both involved in a great struggle. While Gandhi focussed on freeing India from the grip of colonial Britain, Ambedkar worked mainly to free Dalits from the cruelty and oppression of other Indians, who benefited from the institutional racism and discrimination of the caste system, central to orthodox Hinduism.

Using different methods (which rarely if ever involved Dalits in their formulation), Gandhi also tried to improve the conditions for the millions of people at the bottom of the Indian pecking order. For example, Gandhi used the word harijan (children of God) to describe Dalits, hoping this would uplift their position. Ambedkar and most other Dalits rejected this term as offensive and patronising. Rather than lobby for full socioeconomic and political equality, Gandhi argued that the traditional Dalit jobs — such as sweeping, labouring, and removing dead animals from villages — should be regarded by caste Hindus as dignified and honourable. This was seen as absurd by Ambedkar, who instead called for equal opportunity for Dalits to be educated, nourished and to participate in a fully democratic India, thus extinguishing the very concept of untouchability.

There is evidence that Gandhi — born into the third-ranking merchant caste — absorbed and expressed a psychology which placed Dalits in a lowly position, perhaps in conflict with the Mahatma’s conscious preference. For example, Gandhi asked a Christian missionary to pray for the harijans but not to try to convert them as they did not have ‘the mind and intelligence to understand what you talked. Would you preach the Gospel to a cow?’ (1) Many other examples attest to the low regard which Gandhi had for the average ‘harijan.’ (2)

Ambedkar matriculated in 1907, an extraordinary achievement for a Dalit. The rarity of this accomplishment does not show any inherent defect in the mental capacity of untouchables, but instead reflected their lack of opportunity and educational access. For many, it probably also reflected an environmentally determined loss of cognitive potential, shared by many chronically undernourished people. Chronic diseases including of parasites can also inhibit learning for example by "stealing" nutrients including iron, thus contributing to anaemia. Ambedkar then earned four post-graduate degrees in the U.S. and UK, including a PhD from Colombia University in New York and a DSc from the London School of Economics. He became the best educated Dalit of his and possibly all time.

From the 1920s until his death Ambedkar personified and led the Dalits in their struggle for more rights and opportunities. He became integral to the emerging leadership of independent India, not only becoming India’s first law minister but also chairing the committee which drafted the Indian constitution. Ambedkar was far less successful in his attempts to reform Hinduism (as was Gandhi).

In 1935 Ambedkar declared that though born a Hindu he would not die a Hindu. Though he considered conversion to Christianity and Sikhism, Ambedkar formally converted to Buddhism in October, 1956. Within months of his untimely death in December of that year, several million Dalits had followed, thus extinguishing — at least in theory — any religious obligation to be subservient to higher caste Indians. Today, Buddhists in India who have followed Ambedkar’s example outnumber other kinds of Buddhists in India (such as Tibetans) by tens of millions. Yet, their story is hardly known, even among Buddhists in other countries.

This short piece cannot do justice to the complexity and richness of this movement, whose story and struggle is far from complete. This is a good site for further information. Here is a link to an annotated BBC interview, recorded in 1955, in which Dr Ambedkar argues that Gandhi's writing in his native Gujarati is very conservative - pro-caste, even though when Gandhi wrote and spoke in English he was much more in favour of caste reform.

Relevant to the conflict between Ambedkar and Gandhi is the recent work of Arundhati Roy, who has published an extensive introduction called "The Doctor and the Saint", in a new annotated edition of "Annihilation of Caste", (3) The saint, of course, is Gandhi - Roy says the term is ironic. She also says that if she had published this essay as a book, it would likely have been banned. Roy's essay is not a hagiography of Ambedkar; in her video she is critical of Ambedkar for his attitude to India's Indigenous people.

1. Zelliot, E., Gandhi and Ambedkar: A Study in Leadership, Jambhala Books, 3rd edn, Pune, 2005, p.16
2. Omvedt, G., Ambedkar. Towards an Enlightened India, Penguin, New Delhi, 2004
3. Ambedkar, BR. Annihilation of Caste. Verso, Annotated edition 2014.
About this story: In 2005 Colin attended a meeting of the International Network of Engaged Buddhists, in Nagpur, Maharashtra, India. Following that meeting he wrote the article above for our newsletter, "BODHI Times" (number 29), since slightly amended. We recommend the book Ambedkar and Buddhism - Colin read this in the 1990s, when its author (the late Ven Sangharakshita, founder of the Friends of the Western Buddhist Order (now Triratna) sent it to him - now it's free on the web.
Some links about Dr Ambedkar:
Ambedkar: The man behind India's constitution (BBC, 2017)
The Great Conversion Christopher Queen (Tricycle) 1993
Rao Bahadur S K Bole Road: A social reformer, Bole fought for mill workers (Indian Express, 2018)
A voluminous record of his writings are on a website maintained by the Indian government